It is a new beginning for Kratos. Living as a man outside the shadow of the gods, he ventures into the brutal Norse wilds with his son Atreus, fighting to fulfill a deeply personal quest.

The world and characters come alive with fantastic design and gorgeous visuals. A more intimate camera ups the intensity of moments big and small

From the quiet tracks to the thunderous climaxes, Bear McCreary's score supports the action and establishes an interesting tone

Despite a variety of different attacks, the controls make it easy to strategize in combat and use your full array of abilities

An enthralling experience from beginning to end, with a mixture of great narrative moments and engaging encounters. God of War is a well-paced adventure that knows when to let the action simmer and when to make it boil over

In gruff moments of fatherly instruction, Kratos repeats the phrase "be better" to his son, Atreus. This happens in different contexts, but the lesson remains consistent: Your decisions are not bound by precedent, and the choices of others are not examples to follow - they only set standards you can strive to exceed. In developing the latest God of War, Sony's Santa Monica studio apparently took this message to heart. While previous games in this series established a successful formula of stylish action and epic setpieces, the team used this opportunity to be better; with surprising changes on every front, God of War forges a new identity and surpasses even its most acclaimed predecessors.

As a longtime fan of the series, this entry captivated me for completely different reasons. The narrative is one of them, despite its simple premise: Kratos and Atreus need to reach the top of the highest mountain in the Norse domain. They encounter detours and surprises along the way, but the precise story beats are less important than how they are conveyed. God of War brilliantly presents a desolate journey in a gorgeous world, all through the lens of the relationship between a distant father and his eager son.

The interactions of Kratos and Atreus range from adversarial to compassionate, and these exchanges have ample room to breathe and draw players in. Atreus wonders what he might say to his departed mother if given the chance - an exercise Kratos finds pointless. When Kratos artlessly paraphrases the fable of the tortoise and the hare, Atreus mocks his lack of storytelling prowess. These quiet moments are interesting, slowly and believably closing the distance between two characters - a focus that contrasts sharply with previous games. In terse responses and long silences, Kratos conveys more than he ever did cursing Olympus at the top of his lungs.

That isn't to say God of War has sacrificed its ability to deliver incredible spectacle. An early encounter (against a mysterious enemy called the Stranger) sets the bar absurdly high, and a cathartic sequence later on stands out as my favorite moment in the series to date. Between those points and beyond, the adventure is punctuated by a steady flow of enormous beasts, ancient architecture, and intense boss fights. The environments and characters look fantastic, and a new cinematic camera angle brings you close the action and never cuts away - a decision that proves immensely rewarding during big moments by giving you an intimate view. Despite this more grounded approach to presentation, the action's scope and ambition is stunning in cutscenes and combat alike.

See more of the review at Game InformerOpens a New Window.

From Santa Monica Studio and creative director Cory Barlog comes a new beginning for one of gaming's most recognizable icons. Living as a man outside the shadow of the gods, Kratos must adapt to unfamiliar lands, unexpected threats, and a second chance at being a father. Together with his son Atreus, the pair will venture into the brutal Norse wilds and fight to fulfill a deeply personal quest.

His vengeance against the Gods of Olympus years behind him, Kratos now lives as a man in the realm of Norse Gods and monsters.

Kratos is a father again. As mentor and protector to Atreus, a son determined to earn his respect, he is forced to deal with and control the rage that has long defined him while out in a very dangerous world with his son.

From the marble and columns of ornate Olympus to the gritty forests, mountains, and caves of Pre-Viking Norse lore, this is a distinctly new realm with its own pantheon of creatures, monsters, and gods.

With an added emphasis on discovery and exploration, the world will draw players in to explore every inch of God of War’s breathtakingly threatening landscape—by far the largest in the franchise.

With an over the shoulder free camera that brings the player closer to the action than ever before, fights in God of War mirror the pantheon of Norse creatures Kratos will face: grand, gritty, and grueling. 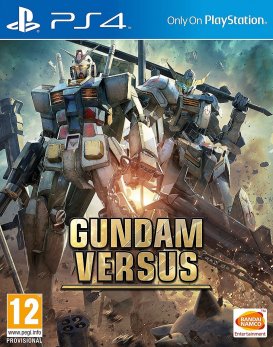 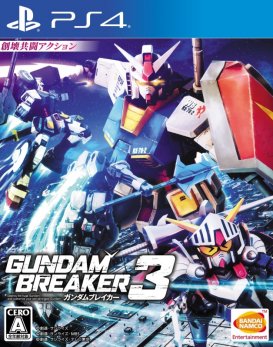